Nicole Kidman: Keith is my 'rock' after dad's death

Nicole Kidman admits her husband has been so supportive following the sudden death of her father last month and she feels incredibly grateful to have him in her life. 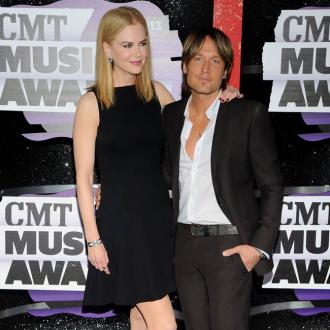 The 47-year-old actress has praised her husband, whom she married in 2006, for being so supportive as she battled to come to terms with losing her dad, Dr Anthony Kidman, following an apparent heart attack.

Speaking to Australia's Mamamia, she said of her spouse: ''I'm incredibly fortunate that I've managed to find an extraordinary man. He has been such a rock for me, through everything, particularly the last few weeks.

''He's just been divine; so full of love and support, as have my children, as has my sister and my mum, we've been through a lot.''

However, despite having her family around her, the stunning star admits she doesn't feel ready to return to work yet as she's still struggling with her grief.

She said previously: ''It's rough. It's still too soon for me [to return to work], but I guess it's going to feel like that for a long time.''

Although, she's determined to push on with promoting her latest movie 'Before I Go to Sleep' because she believes that's what her dad would have wanted.

She added: ''You have just got to push on. My dad, in a weird way, would have ... that's always what he taught us, you just have to put one foot in front of the other. That's part of it.''

Nicole and Keith, 46, have daughters Sunday, six, and Faith, three, together, and the actress also has adopted children Isabella, 21, and Conor, 19, with her ex-husband Tom Cruise.