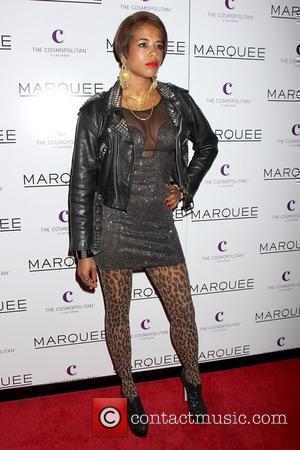 Kelis, My Chemical Romance frontman Gerard Way and Beth Ditto joined Duran Duran for the 80s supergroup's Los Angeles concert on Wednesday night (23Mar11).
The Mayan Theater show was captured by filmmaker David Lynch and beamed around the world via YouTube.com.
Frontman Simon Le Bon boasted, "Millions of people around the planet are watching this right now."
Way joined the band for a rendition of their classic Planet Earth, while Gossip star Ditto took to the stage at the Mayan for Notorious.
Kelis performed duets with the Duran Duran frontman on The Man Who Stole a Leopard and Come Undone.