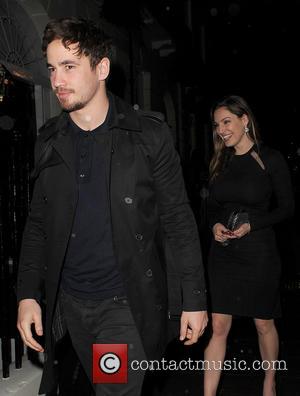 It's not just Katie Price's spelling that should be called into question in regard to her latest comments made about Kelly Brook, but the content of those comments too.

In her Sun newspaper column, Katie Price refers to photos from Kelly Brook's latest photoshoot in Miami for her New Look range of swim wear. "They don't seem to be airbrushed and I'm FLABbergasted to see how big Kelly really is," the surgically enhanced glamour model stated. "Rumour has it she's been hanging out with our mutual ex Danny Cipriani. Knowing him, I guess she's probably been doing a bit of comfort eating. You're a heffer Kelly, but still a hot one." Spell check, anyone?

Naturally, Brook was a little put out by the remarks, but mostly thought negatively of Price for the comments. Speaking at a MIND benefit hosted by Harvey Weinstein on Friday night, she said: "I wasn't angry with what she said, just confused. I definitely don't look like a heifer and it's not something I am going to lose any sleep over. I was only angry because the comments put a dampener on such an amazing trip to Miami to shoot by New Look campaign." (Mirror)

Adding, "I think she is very silly making comments like that and thank God I don't take thinks personally but I'm not going to get into a war of words."

Price counter-defended herself, saying "I love the fact people comment on my opinions! Everyone has nasty opinions to say about me I haven't said anything untrue just my observation." Beg to differ Price, but saying Kelly Brook is a heifer is untrue in any realm of the universe, and any sense of the term.