Model/actress Kelly Brook Has Taken A Bitter Swipe At Her Ex-fiance David Mcintosh, Branding Their Romance "Unhealthy And Toxic" And Comparing Him To An Excitable Puppy. 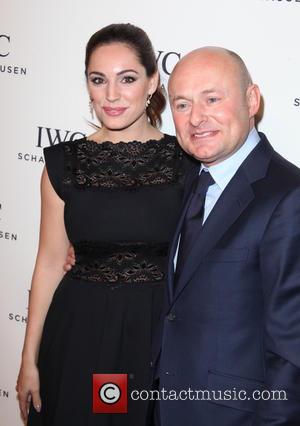 The British beauty stunned fans when she announced in March last year (14) that she was engaged to marry the former Gladiators muscleman less than three months after they began dating.

However, the relationship later turned sour amid allegations MCIntosh had cheated on the Piranha 3D actress, sparking a break-up in September (14), and Brook is now glad that chapter of her life has closed.

She also takes several sly swipes at her ex-lover, who is six years her junior, insisting he was only briefly "in and out" of her life and that she is happier than ever now he is gone, telling British magazine Fabulous, "That is so in the past, that is so far away from who I am now. He came in and out of my life within months. And in a 35-year period, that's nothing. It's like it never happened... When you put all your trust into something and it's betraying you on a daily basis, it's confusing. Now I don't have that any more so of course I'm going to be happier... I lost sight of what was the right thing, what was the wrong thing.

"I got caught up in something unhealthy (and) toxic. I'm so glad that is so far away from me now... (I've learned) I have a lifestyle that is very attractive and I need to make sure people are attracted to me and not my lifestyle. I have to understand that I'm older now and if I've got these young boys running after me, it's got to be for the right reason. They're like little puppies and they're in awe of it all. I can't be dealing with that."