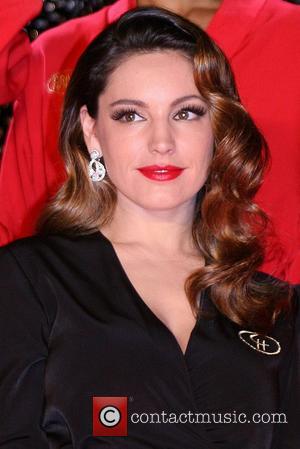 Picture: Kelly Brook attends a photocall for 'Crazy Horse', announcing that she will take part in the cabaret show for one week only, starting on November...

Kelly Brook has had a bizarre career. Nobody really knows whether she belongs on the pages of Nuts magazine, the stages of the West End or the silver screen. We suspect she doesn't really know either, considering her latest project.

The model will perform in Crazy Horse's 'Forever Crazy' cabaret show in London, from November 1-8, 2012. Unsurprisingly, the performance is generating media buzz as Brook will appear naked. Totally naked. "Some people dream of winning an Oscar or a gold medal, I have dreamed for as long as I remember of becoming a Crazy Horse dancer." Hmm, we're not sure whether Brook is being entirely truthful, though she didn't give herself much of a chance to win an Oscar with 'School for Seduction' or 'Piranha' did she? She added, "When I heard the show was coming to London I just knew I had to be a part of it and I am ecstatic to be making a small part alongside the truly amazing Crazy Girls in London!" Dita Von Teese, Carmen Electra and Pamela Anderson are previous stars to have joined the Crazy Horse girls on-stage.

The cabaret performers are famous for wearing very little, though intricate lights and projections are cleverly used to spare their blushes.