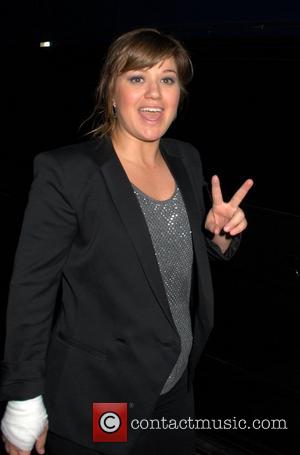 Picture: Kelly Clarkson, who tweeted I'm about to get my 13th tattoo. I'm completely addicted, I know. BUT it will be my first time getting a...

Singer Kelly Clarkson is sporting a bandage on her hand after burning it on a hot drink.
The Since U Been Gone hitmaker is currently promoting her new album Stronger in the U.K., and took to the stage for an intimate gig at The Borderline venue in London on Thursday night (10Nov11).
Clarkson's right hand was heavily bandaged and she told her fans she had scalded herself on a takeaway cup of tea earlier in the day.
The singer performed a 10-song set before calling on her audience to decide on the final six tracks of the evening.