Kelly Clarkson cried tears of joy when her fiance Brandon Blackstock asked her to marry him this month. 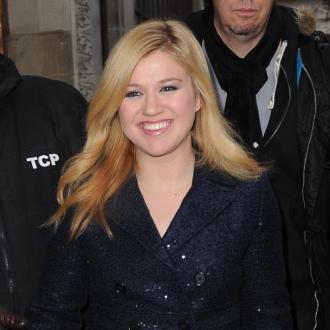 The 'Miss Independent' singer is set to marry Brandon Blackstock after he popped the question this month and Kelly couldn't contain her emotions when he presented her with a diamond ring.

A source said: ''It was a proper proposal, very romantic. And yes she cried.''

Friends believe Kelly, 30, was so emotional because she despaired of ever finding true love following an unsuccessful romantic past.

The source added to Us Weekly magazine: ''Kelly had a rough start with love for sure and a long dry spell. But Brandon was worth the wait.

''She honestly thought she'd never find anyone and that she'd be single forever. But she's changed. You can see it in how great she looks and how happy she is.''

Brandon - who is the son of Kelly's long-time manager Narvel Blackstock and the stepson of Reba McEntire - has two kids, Savannah, 11, and seven-year-old Seth from a previous marriage and Kelly adores the children.

The source said: ''Kelly pays special attention to them but she is careful not to step on their mother's toes. She also wants to have some of her own kids with Brandon.''

Country singer Blake Shelton claimed this week he is responsible for convincing his manager Brandon, 35, that he needed to ask 30-year-old Kelly to marry him, because she's the perfect woman for him.

'The Voice' USA mentor said: ''I told Brandon, 'Man, you need to grow up and figure out that you need to marry this girl. You need to get your head out of your ass and ask that girl to marry you.'