Kelly Clarkson gets bra from fans

Kelly Clarkson thinks her fans are hilarious and says the best gift she ever received from them was a giant bra. 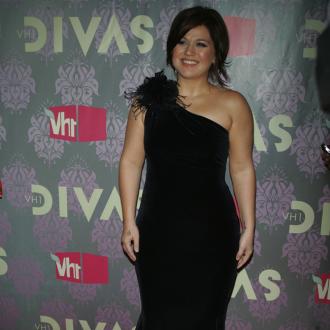 Kelly Clarkson once received a giant bra from her fans.

The 30-year-old singer was thrilled with the unusual gift as it shows her fans' sense of humour.

She said: ''I got a giant bra which I only dream I could fill, that said 'We Support You' on it. That's what I love about my fans, they are awesome and inappropriate and funny.''

Kelly also revealed she would love to have bigger breasts but is too scared to get a boob job.

She told In Touch magazine: ''I dream daily of a boob job. I have little boobs, I really want one. But I'm so scared, I would never do it. I'm a wussy girl and I'd get freaked out but I totally get why girls do it.''

The 'Since You've Been Gone' hitmaker recently got engaged to her boyfriend of nine months, 35-year-old talent manager Brandon Blackstock.