Kelly Clarkson Initially Unsure About 'Since U Been Gone' 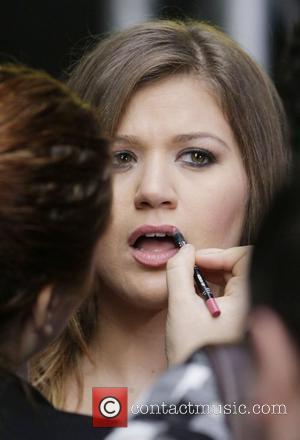 Kelly Clarkson has long garnered respect for managing to not only survive the American Idol machine but also make a lasting career of it that works on her own terms. The 29-year-old is celebrating the release of her new album 'Stronger' this week, after a dazzling performance on the 'UK X Factor' at the weekend and the star expressed how smooth everything is running almost a decade after her breakthrough.

"Everyone's on the same team, no one's fighting with anybody" said Clarkson, speaking to the Hollywood Reporter, adding, "Also as you get more experience under your belt, now when I walk into a studio, I don't have to describe what I want to do" Although it was 'American Idol' that propelled her into the spotlight, the hit which kept her there -2004's 'Since U Been Gone,' wasn't even a track she was convinced about herself. "It didn't have any lyrics and the melody really wasn't finalized," Clarkson explained, "the track was done on a computer, there was no band on it. My record label was freaking out about it and I was, like, why?" Thankfully for her though she took the advice of her bosses and the single went on to achieve Platinum status in the U.S, despite not hitting the top spot.

Seven years on and Clarkson has returned with what she described to MTV.com as her "best album to date". It's expected to perform well commercially, unsurprising given that she is yet to debut outside the US Billboard Top 3.