Kelly Clarkson Is 'Bossy As Hell'

Kelly Clarkson says she now always stands up for herself ever since she suffered a near breakdown caused by overworking. 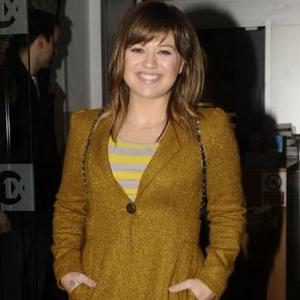 Kelly Clarkson is ''bossy as hell'' ever since she suffered a near breakdown.

The 'Stronger (What Doesn't Kill You)' singer was miserable in 2007 because she was being worked too hard and after finally standing up for herself, she is enjoying being more authoritative.

She told Now magazine:'' We did nine tours, I had no life. I was working every day. There was so much pressure and everyone just kept pushing. I didn't realise I was the boss or that I had the power to say no. In the end, I just told everyone; 'I have no desire to be the biggest star in the world. I'd rather have a life and be semi-famous'. I'm bossy as hell now, I love working but it isn't my whole life.''

Kelly also revealed she regrets using Auto-Tune on one of her biggest hits 'Since U Been Gone' because it makes all singers sound the same.

She said: ''I won a singing competition so I should never need Auto-Tune. In my opinion it makes Katy Perry, Lady GaGa, Ke$ha and myself all sound like robots.

''When I listen back to 'Since U Been Gone' I sound like a robot. It sounds a hundred times better when I sing it live.''