Kelly Clarkson managed to avoid any mistakes as she sang that US national anthem at the Super Bowl in Indiana last night (05.02.12). 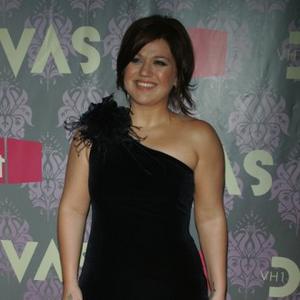 Kelly Clarkson managed to avoid any mistakes as she sang that US national anthem at the Super Bowl last night (05.02.12).

The 'Behind These Hazel Eyes' hitmaker kept her performance of the melodically-demanding song quick and simple as she sang ahead of the NFL spectacle between New England Patriots and the New York Giants at Indiana's Lucas Oil Stadium.

Kelly was sporting a black dress and straight fringe as she followed up Miranda Lambert and Blake Shelton's performance of 'America the Beautiful'.

The 29-year-old beauty - who shot to fame when she won the inaugural 'American Idol' series in 2002 - also appeared to be singing the national anthem live rather than lip-syncing.

Her faultless performance comes after Christina Aguilera fluffed her lines while singing the national anthem at last year's Super Bowl in Texas.

Following her error, the 'Burlesque' star released an apologetic statement saying: "I got so caught up in the moment of the song that I lost my place. I can only hope that everyone could feel my love for this country and that the true spirit of its anthem still came through."