Kelly Clarkson has praised Harry Styles, revealing he was the perfect ''gentleman'' when she met him at the 2015 Billboard Music Awards in May. 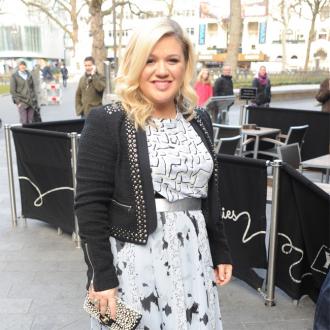 The 33-year-old singer was thrilled when the 21-year-old One Direction star made a beeline to meet her at the 2015 Billboard Music Awards in May to thank her for writing the band's song 'Tell Me A Lie'.

Kelly said: ''He is so nice. He walked up to me out of nowhere at the Billboard Awards, and no one does that. In pop music people are very like 'too cool for school' most of the time, so I thought he was such a nice gentleman and so kind.''

The 'Breakaway' hitmaker went on to confess that meeting Harry made her feel ''totally old'' as he didn't know who Lestat from the 1994 film 'Interview with the Vampire' was when she referenced him.

Speaking on UK TV show 'This Morning', Kelly said: ''I wrote a song for (One Direction) for their first record so it was really nice because (Harry) came up and thanked me. I did make a reference saying, 'You look like Lestat from 'Interview with the Vampire,' but I don't think he knew! I was like I'm totally old right now! But I told him it was a really great movie...''