Kelly Clarkson Returns To Tv With Her Own Singing Competition 'Duets' 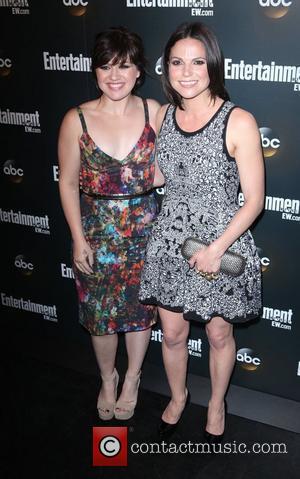 Winner of the first series of American Idol in 2002, Kelly Clarkson returns to TV screens with her new talent show 'Duets'.

The show has a unique twist which distinguishes it from other popular singing competitions. Each week, rather than just mentoring the contestants, the celebrity experts (which include country artist Jennifer Nettles, R 'n' B singer Robin Thicke and the legend that is, indeed, John Legend) will perform alongside them to help secure them a Hollywood Records contract; a label that released music for the likes of Queen, Miley Cyrus and Selena Gomez.

It seems that the idea of a chance to sing in front of the chart smasher has sent a flurry of excitement through her fans and 'Duet' hopefuls. 'We got a lot of 'I cannot believe I'm singing in front of Kelly Clarkson!'', says executive producer Robert Deaton to TV Guide. 'For some people who didn't get picked, just that was a win.'

Clarkson's response to the hype was decidedly down-to-earth. 'I'm like, 'Dude, I know you have my album, but there's plenty of people who can sing like me or better', she tells TV Guide. 'And you just gotta get past that because this is your moment.'' It is clear that the 'Since U Been Gone' hitmaker has no trouble remembering how she felt auditioning in front of music mogul Simon Cowell and singers Randy Jackson and Paula Abdul. 'I was 19 and scared to death. Nothing will ever be that difficult again.'