Kelly Osbourne among stars excited about arrival of royal baby

Kelly Osbourne, Mel B and Spencer Pratt have all shared their excitement - and annoyance - at the impending arrival of Britain's royal baby. 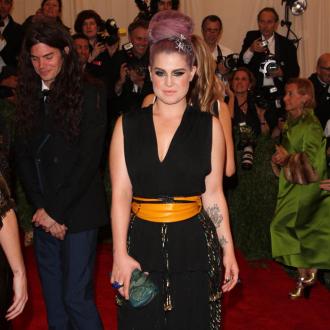 Kelly Osbourne and a host of other celebrities are eagerly awaiting the birth of the royal baby.

Numerous stars have expressed their excitement at the impending arrival of Britain's Duke and Duchess of Cambridge's first child, after news broke this morning (22.07.13) that Catherine had been rushed to the Lindo Wing at St. Mary's Hospital in Paddington, London, after going into labour.

Kelly wrote on Twitter: ''Its all so exciting The Royal Baby is on the way! (sic)''

However, not everyone was so excited about the new arrival, who will be third in line to the throne. Spencer Pratt is furious royal related topics are trending on Twitter - including ''Kate Middleton'', ''Kensington Palace'', ''#RoyalBaby'' and ''Duchess of Cambridge'' - and are ruining his 'Keeping Up with the Kardashians' live feed.

He ranted: ''Don't ever interrupt my #KUWTK feed with royal baby news! (sic)''

Stars are also getting in on the betting craze sweeping the UK by attempting to guess the baby's sex, name and weight.

Celebrity blogger Perez Hilton is trying to start rumours about the 31-year-old royal's soundtrack of choice while giving birth.

He joked, ''Kate Middleton is listening to @MileyCyrus in the delivery room. #WeCantStop'', adding, ''Okay, I made that last tweet up! Ha! It's way past my bedtime and I'm giddy with royal baby excitement! :-p (sic)''