Kim Kardashian was joined by a string of celebrity pals including Kelly Osbourne, Mel B and Kimberly Stewart at her baby shower on Sunday (02.06.13). 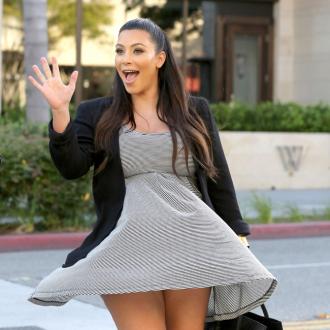 Kelly Osbourne and Mel B were among the guests at Kim Kardashian's lavish baby shower on Sunday (02.06.13).

The 'Fashion Police' co-host, who is a long time friend of the reality TV star and her family, was spotted arriving at the home of Kim's friend Shelli Azoff in Beverly Hills with a gift bag for the all white affair.

Kelly shared her excitement on Twitter before the event, writing: ''On my way to a very special baby shower!''

But it seems Kim's A-list pal Beyonce and pregnant singer Fergie, who was at Heidi Klum's 40th birthday bash on Saturday (01.06.13), were unable to attend.

Kimberly Stewart, who has a 21-month-old daughter Delilah after a brief fling with actor Benicio del Toro, celebrity trainer Tracy Anderson, 'Extra' host Maria Menounos and reality TV star NeNe Leakes were also present to help the 'Keeping Up With The Kardashians' star celebrate at the elegant ''ladies' brunch'' before of the arrival of her first child with rapper Kanye West early next month.

They sent out music box invitations to the bash last month, featuring twirling ballerinas to friends with an ode, 'Hey Mama', written by Kanye about his mother, who died after complications during cosmetic surgery in 2007.

Khloe previously revealed: ''It's girls, but Kanye will come at the end. I said I want Rob [Kardashian] to be there the whole time because I feel bad he's like left out of all this stuff. So I said come the whole time, but I don't know if he is.

''I think Scott and Lamar might bring Kanye at the end, because Kanye feels it's a little weird if he's the only guy.''