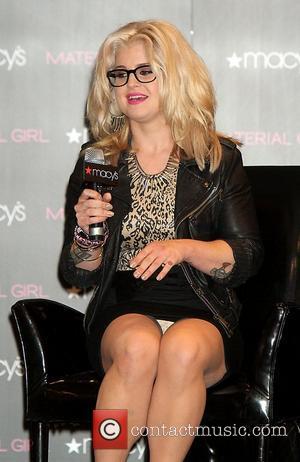 Kelly Osbourne is boycotting U.S. airline Southwest after a flight attendant kicked a lesbian actress and her partner off a plane for upsetting fellow passengers with a public display of affection.
The L Word star Leisha Hailey demanded an apology from officials at Southwest Airlines after the embarrassing incident on Monday (26Sep11), and she called for gay men and lesbians to boycott the company for discriminating against her and her girlfriend Camila Grey.
In a series of angry tweets, she wrote, "Since when is showing affection towards someone you love illegal? Boycott @SouthwestAir if you are gay. They don't like us."
And although Osbourne is not gay, she has become one of the first celebrities to offer her support to Hailey.
Tweeting about the incident on Tuesday (27Sep11), the former pop star writes, "Dear @SouthwestAir ur archaic thinking makes me sick! ur discrimination towards ur passengers is deplorable! i will Never fly southwest! (sic)
"America is supposed to be the land of the free and the home of the brave! so why when someone tries 2 be brave & free do u knock them down?"
Southwest bosses have been quick to address the controversy, insisting Hailey was asked to leave the flight after other passengers complained about her "excessive" behaviour.
A statement from the airline officials read, "Our crew, responsible for the comfort of all Customers on board, approached the passengers based solely on behaviour and not gender. The conversation escalated to a level that was better resolved on the ground, as opposed to in flight."