Kelly Osbourne says her 'Fashion Police' co-host Joan Rivers is the closest person she has to a grandparent. 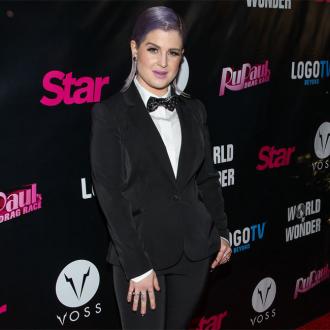 The 29-year-old star grew up without her grandparents in her life, so says her 80-year-old 'Fashion Police' co-host is the closest thing she has ever had to a grandmother, and was delighted when her friend told her that was how she can now refer to her.

Kelly wrote on her blog: ''Growing up I never had grandparents. About two months ago during a taping of 'Fashion Police', there was some sort of technical difficulty.

''Joan turned to me out of nowhere and said, 'You have no idea how much I love you my darling!' I proceeded to tell her how mutual the feeling was and that she is the closest thing I have ever had to a grandmother! We both shared a little tear and then it was on with the show!

'' The next morning I woke up to one of the most heartfelt emails I have ever received. The email was from Joan. Long email short (so I don't get too sappy) Joan told me that she was officially MY GRANDMOTHER!!! From now on I am to call her Grandma J! (sic)''

Kelly - who was hospitalised last March after suffering a seizure - is thankful for all the support she receives from Joan and her daughter Melissa.

She added: ''If I need anything and I mean anything, Joan and Melissa are always there for me. She gives the BEST advice.

''When I was in the hospital after having a seizure she came to visit me almost every day. When I am sad she is one of the only people that can make my laugh.

''Joan is not just my boss she is my teacher, advisor, therapist, and closest friends but now she is now my Grandmother.