Kelly Osbourne collected a Do Something Award in Los Angeles last night (31.07.13) for her charity work raising awareness for multiple sclerosis sufferers. 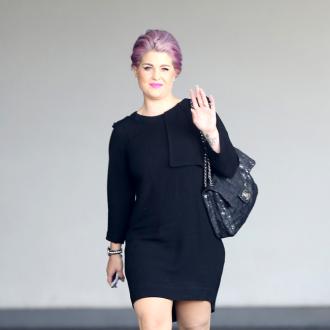 Kelly Osbourne was honoured with an award for raising awareness for multiple sclerosis last night (31.07.13).

The 'Fashion Police' star - whose brother Jack was diagnosed with the condition last year - is a staunch supporter of the Race to Erase MS charity, which aids sufferers of the nerve disorder, and was one of the celebrities honoured at the philanthropy-themed Do Something Awards hosted by VH1 in Los Angeles, California.

After picking up her prize, the delighted 28-year-old beauty posted a picture of herself posing with the accolade - shaped like a shoe with wings - on Instagram and gushed: ''Thank you @dosomething I'm so honored to receive this award for my work with @racetoerasems! (sic)''

Kelly also thanked 'Fashion Police' co-star Joan Rivers and her daughter Melissa for presenting her with the award at the ceremony hosted by 'One Tree Hill' actress Sophia Bush.

She added: ''Thank you so much @Joan_rivers & @Melrivers for giving me my #DSAward tonight I love you both so much! See you in the am for work! (sic)''

Meanwhile, Oscar-winning actress-and-singer Jennifer Hudson was moved to tears as she accepted an award for creating a charity in honour of her late nephew.

Jennifer set up the Julian D. King Foundation, which helps children, after her nephew, brother and mother were tragically killed by her sister's estranged husband William Balfour in 2008.