Kelly Osbourne has revealed her father Ozzy will not be singing at her brother Jack's wedding because his musical style will be too heavy for the occasion. 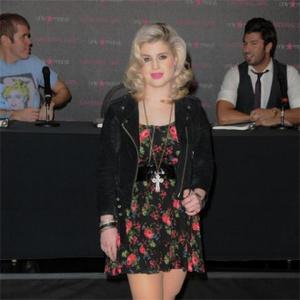 Kelly Osbourne has revealed her father Ozzy will not be singing at her brother Jack's wedding.

The 27-year-old star said the Black Sabbath frontman will not be performing at Jack's marriage to fiancee Lisa Stelly - who is due to give birth to his baby in April - because his rock style will be too heavy for the occasion.

When asked by E! whether the 63-year-old singer would be performing at the nuptials, she replied: "No. I don't really think rock music is quite appropriate for a wedding."

'The Fashion Police' host admits Jack has been joking with her because she is more emotional than him about his forthcoming child and marriage.

She added: "He makes fun of me because every time I'm around him I get teary eyed now.

"He's like, 'Stop it! Go Away. Stop being dramatic. Get out of my face.' Because I'm like, 'I'm so proud of you. You're moving into a new house. You're getting married. You're having a baby. You have the most amazing fiancÃ©e ever!' "