Kelly Osbourne has reportedly gained 19 pounds since splitting from her fiancé, Matthew Mosshart, in January and is now on a strict ''cleanse.'' 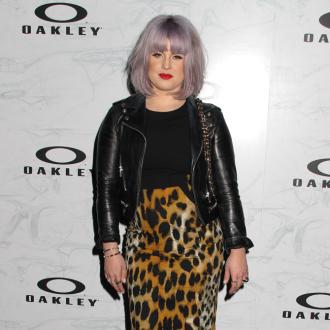 Kelly Osbourne has reportedly gained 19 pounds since splitting from her fiancé.

The 'Fashion Police' co-host is said to be following a strict new diet and exercise regime in a bid to slim down again, after putting on weight since her break-up from Matthew Mosshart in January.

A source told Now magazine that the 29-year-old star, who lost 70 lbs. after appearing on 'Dancing With the Stars' in 2009, is currently on a healthy ''cleanse'' and wants to get her pre break-up figure back.

Kelly dated the vegan chef for more than two years after meeting him at Kate Moss's wedding in 2011 and recently admitted she wants to stay single for a ''very long time.''

She said: ''I plan on being single for a very, very long time. No, I don't think it's possible for someone to sweep me off my feet right now.''

The star was also previously engaged to model LUKE WORRALL and isn't sure if she ever wants to get married.

She said: ''I'm really enjoying my life ... I don't now if I will ever get married. I think my views on marriage are changing, as I get older - not out of heartache, it's just that the world is changing.

''But if I ever do get married, I'm never changing my last name.''