Kelly Osbourne has broken her silence about her apparent feud with former 'Fashion Police' co-star Giuliana Rancic, saying her behaviour has broken her heart. 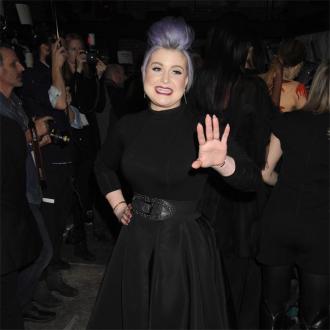 The two women haven't spoken since the 30-year-old star quit 'Fashion Police' after her co-star made ''outrageously offensive'' remarks about her friend Zendaya Coleman on the E! show and though Giuliana has since claimed the comments - that the Disney actress' dreadlocks made her look like she ''smelled of patchouli oil and weed'' - were written for her and then badly edited, Kelly has hinted she hasn't told the truth.

She said: ''There's been so much drama surrounded by what went on at 'Fashion Police' that I have chosen to keep quiet about.

''I will [continue to keep quiet] because I don't think it will do anyone service, but I will say this: Giuliana is not often wrong. She really isn't, but it's been really, really heartbreaking to see her behaviour that has transpired when she did get caught being wrong. That's what broke my heart.''

And Kelly insists people should have better things to worry about than whether she, Giuliana and Kathy Griffin get along.

She added to People magazine: ''Do we really need to be wasting ... time talking about three b***hes not getting along, or so you think? It's so small in the grand scheme of things.

''I want to make a difference in people's lives. I want to make people feel good, and I want to have fun. I just feel very lucky that I've been given so many opportunities.''

Meanwhile, after Giuliana appeared on the 'Today' show this week to ''tell the truth'', Kelly posted a cryptic tweet which read: ''Liars ALWAYS get caught''.

However, the 40-year-old presenter insists the comment couldn't be referring to her.

She told 'Extra': ''Someone called me and told me about [the tweet], and I'm like, 'Did she say my name? Because there's no way that can be about me because I'm telling the truth.''