Kelly Osbourne gushes about her father

Kelly Osbourne says she will never love any man as much as her father Ozzy Osbourne following her split from fiancé Matthew Mosshart earlier this month. 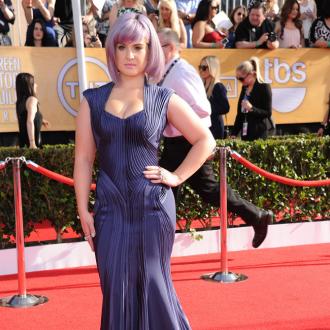 Kelly Osbourne will never love any man as much as her father.

The 'Fashion Police' co-host, who split from her fiancé Matthew Mosshart earlier this month, gushed about her rocker dad, Ozzy Osbourne, after attending the Clive Davis and The Recording Academy's pre-Grammy gala with him at the Beverly Hilton Hotel in Los Angeles on Saturday night (25.01.14).

In a touching post on Twitter, she wrote: ''There will never be any man in this world that I love more than my dad!''

Kelly, 29, who also attended the party with her mother Sharon Osbourne, got into a fight with Jonah Hill's brother, Jordan Feldstein, at the star-studded event but hinted her dad helped her have a great night anyway.

She posted a picture of her looking very happy with the Black Sabbath singer, 65, on Instagram, with the caption: ''My Dadda is the best person on earth to go to #hollywood parties with all we do is laugh because we can't take anything seriously! #CliveDavisParty #grammys (sic)''

Kelly has been very unlucky in love and previously endured a bitter break-up with her former fiancé, LUKE WORRALL, in July 2010, but recently insisted her split from vegan chef Matthew, whom she met at Kate Moss' wedding in July 2011, wasn't ''dramatic.''

She said: ''It was a mutual decision. We love each other very much, it just wasn't the right time for us, and I think that if we're weren't as mature and as adult as we are then we could have gone down a road that got not very nice.

She added: ''There is no dramatic story. I wish there was so there was something to tell people, but no, it just happens in life.''