Kelly Osbourne admits she has a ''Christmas Hangover'' and is now sick of mince pies and festive frivolities. 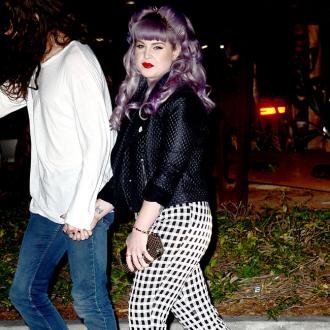 Kelly Osbourne has a ''Christmas hangover''.

Now the big day has been and gone, the 29-year-old TV star has had enough of festive food and traditions and is particularly bored of eating mince pies.

Kelly took to her Twitter account to share her miserable mood, posting: ''I have what I like to call a #ChristmasHangover #BahHumbug if I hear one more jingling bell or get offered one more mince pie ... why does everyone think they make the best mince pies? I can't even pull my fake wow this is yummy face anymore I have never liked them! (sic)''

Kelly - whose parents are Ozzy and Sharon Osbourne - spent the holidays with her family and her cheeky brother Jack Osbourne had some fun on Boxing Day (26.12.13).

The 'Dancing with the Stars' finalist hacked into his older sister's Twitter account and posted an unflattering message.

Kelly didn't take his prank lying down and hacked into Jack's Twitter, writing on his behalf: ''I like rubbing mature cheddar cheese between my toes it really turns me on but Gouda makes me climax! (sic)''

Jack - who has a 19-month-old daughter Pearl with his wife Lisa - then took control back of his account posting the message: ''Hardy f***ing har @KellyOsbourne (sic)''