Kelly Osbourne is in pain after being accidentally headbutted by her pet bulldog William. 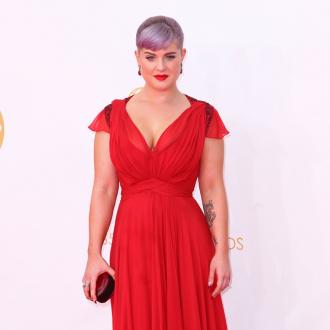 Kelly Osbourne has been left in agony after being headbutted by her bulldog.

The 28-year-old star was playing with her pet pooch William when the excitable mutt jumped up and crashed his head into her jaw.

The canine accidentally hit her so hard Kelly has been left with aching teeth and ringing ears.

In a post on her Twitter account, she revealed: ''I have been punched in the face by men but nothing has hurt more than being head butted in the jaw by my bulldog William! my teeth even hurt ... Why do my ears hurt so much considering it was my jaw that got hit?''

The 'Fashion Police' star seems to be having a run of bad luck.

Kelly - whose parents are Sharon and Ozzy Osbourne - broke the screen on her smartphone, making it hard for her to type out messages.

She tweeted: ''I need a new bloody phone my screen is broken I'm spelling everything wrong!''

Kelly adopted grey and white William in April and instantly fell in love with him. She also has two other dogs - Sid and Story.

Kelly and the rest of the Osbourne clan - which includes her brother Jack and sister Aimee - were left devastated when their beloved family pooch Maggie - a Japanese Chin breed - died in April.