Kelly Osbourne says her brother Jack, who was diagnosed with multiple sclerosis last year, is ''unstoppable'' and has refused to let the nerve condition affect his life. 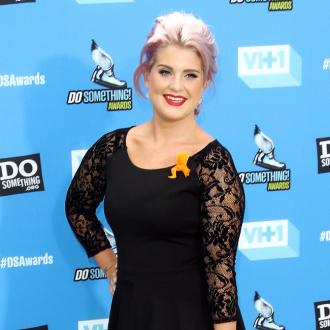 The 'Fashion Police' star's sibling was diagnosed with the nerve condition last year and since she has become a staunch supporter of the Race to Erase MS charity, which aims to help sufferers.

She had nothing but praise for her ''amazing'' brother for his bravery fighting the illness at the Do Something Awards hosted by VH1 in Los Angeles, California, last night (31.07.13).

She told People magazine: ''He's amazing. He's unstoppable. It's like it's not even there.

''He always reminds me that it's not just him that we're fighting this race for. It's the 2.1 million people living with it as well.''

Kelly, who has organised many T-shirt campaigns and attended numerous events to raise awareness of MS, was honoured with an award for her efforts and she was delighted to receive the accolade.

She explained: ''I've done a T-shirt campaign for Race to Erase MS.

''I've been going to events for years, and especially since my brother was diagnosed ... I've so wanted to be a part of the charity.''

Meanwhile, Oscar-winning actress-and-singer Jennifer Hudson was moved to tears as she accepted an award for creating a charity in honour of her murdered nephew Julian King.

Jennifer set up the Julian D. King Foundation to help disadvantaged children in the wake of the tragic killing of her mother Darnell Donerson, 57, her brother Jason Hudson, 29, and seven-year-old Julian by her sister Julia's estranged husband William Balfour in October 2008.