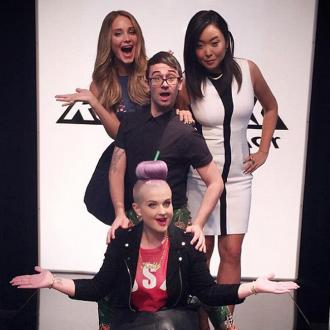 Kelly Osbourne has joined 'Project Runway Junior' as a judge.

The former 'Fashion Police' star took to Instagram to announce her new role, sharing a picture of herself surrounded by her new co-stars.

She wrote: ''I'm so excited to finally announce that I've joined the incredible #ProjectRunwayJunior family! We just had the best first day ever!''

Speaking after her departure, she said: ''It was the five best working years of my life. I am so grateful for the experience. I can't even.

''Working with Joan Rivers for five years was incredible. I learned so much. I'm excited for my future now. I want to try new things.''