Kelly Osbourne got mistaken for Lady GaGa during a fitting at Dolce & Gabbana in London. 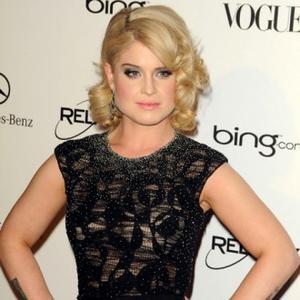 Kelly Osbourne got mistaken for Lady GaGa in London.

The 26-year-old star was forced to leave the Dolce And Gabbana showroom, where she was having a dress fitting, after being "accosted" by fans who thought she was the eccentric pop star.

She revealed on her twitter account: "Just had a fitting at Dolce & Gabbana and they have to be the nicest press office ever thank you so much ladies! See you Thursday!

"I had to leave this place everyone thought I was @ladygaga and accosted me. I truly mean no disrespect I love @ladygaga but it's to much for me to handle I have a hole new respect!!!!! (sic)"

Kelly has had an eventful week in the UK capital so far.

The TV star caught two boys trying to steal a parked car on Monday night (11.07.11), and the hoodlums ran off when Kelly shouted at them.

She revealed on her twitter account: "Just stopped 2 boys robbing a car all I said was 'oi' and they ran like the wind. I did not realise I was that scary!"

Later the same evening the blonde beauty encountered two more boys trying to push an electric G-Wiz car on its side.

She added in other tweets: "WTF is going on tonight just stopped 2 boys with lacrosse sticks trying to push Gee-Wizz car on it's side what's wrong with London police?