Kelly Osbourne - who shot to fame after appearing alongside parents Sharon and Ozzy Osbourne in reality TV show 'The Osbournes' - ''feels sick'' when she is compared with The Offspring of other famous people. 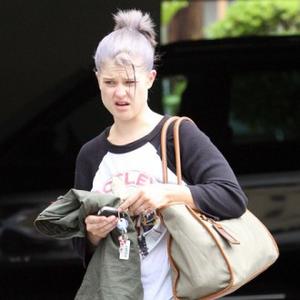 Kelly Osbourne hates being compared to other celebrity daughters.

The presenter - who shot to fame after appearing alongside parents Sharon and Ozzy Osbourne in reality TV show 'The Osbournes' - revealed being put in the same category as The Offspring of other stars makes her "feel sick".

She explained: "I think for me it's just about not being classified as a 'celeb daughter'. A lot of them make me sick - so many of them walk around with such a bratty sense of entitlement, and then people start thinking that all celebrity children are like that.

"So I hate being lumped in with that crowd of girls."

The 25-year-old star - who recently split with fiance LUKE WORRALL amid rumours he had cheated on her - thinks having famous parents has caused her problems, as her heritage makes it difficult for her to achieve anything on her own.

She explained: "When you're in this position, it's easy to be lazy and live off your parents, but it makes it hard for me to do something with my life, because I'm judged whatever I do.

"Anytime I achieve anything on my own, people will automatically assume it's because of my parents. I'm not victimising myself because life is