Kelly Osbourne has been ordered not to speak for 14 days by her doctor due to throat problems. 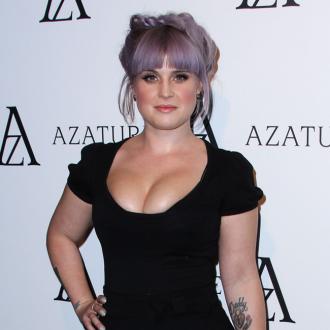 Kelly Osbourne has been ordered not to speak for two weeks.

The 'Fashion Police' co-star has announced she's been put on vocal rest for two weeks after posting a close-up photograph of her throat on her Instagram page.

She accompanied the photograph with the message: ''#warning this is disgusting! How much do my vocal cords (sic) look like a #v*****? According to my DR I have pre vocal nodes and am on vocal rest for the next 2 weeks!''

It's not been a good year so far for Kelly in regards to her health.

The former reality star sprained her ankle in February and also suffered a seizure the following month.

Her fans have offered support and also responded to her tongue-in-cheek comment about her throat.

One posted: ''Omg, my coffee almost went spewing all over when I read your comment. Hilarious!''

While another added: ''Get well Kell!!''

The star posted another status about an hour later, writing, ''In bed watching #Jawbreaker'', before reminiscing about her childhood and posting an adorable shot of her in a fairy outfit.

She wrote: ''Since the holiday season is kicking off I thought I would get into the spirit of it all! This is me aged 3 all I wanted for Christmas was to be a fairy princess!''