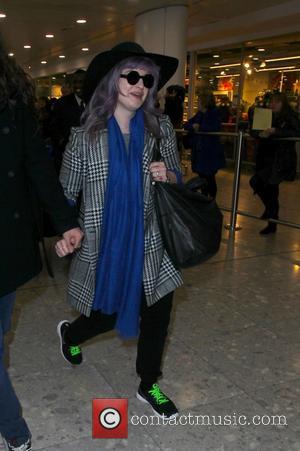 Singer-turned-reality Tv star Kelly Osbourne is opening up about her broken engagement from fiance Matthew Mosshart, citing the split as a "mutual decision."

The 29 year old announced she had broken off her relationship with the vegan chef on Wednesday (08Jan14), a year after accepting his proposal, and on Thursday (09Jan14), she spoke about the breakup.

She tells E! News, "It was a mutual decision. We love each other very much. It just wasn't the right time for us and I think if we weren't as mature and adult as we are, then we could have gone down a road that wasn't really nice."

"We're still really, really good friends. It's just that we're not living in the same house. There's no dramatic story. I wish there was so I had something to tell people, but no... It just happens in life."