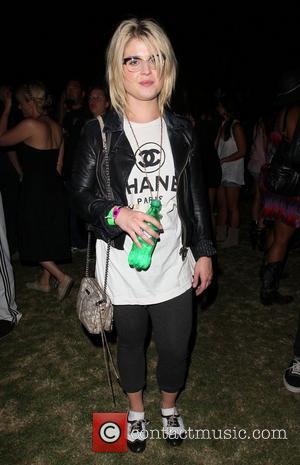 Kelly Osbourne's stint in vaudeville has proved a hit in Hollywood - the reality TV star has been promoted to creative director of Beacher's Madhouse.
Earlier this year (11), Ozzy Osbourne's daughter was brought in to replace David Arquette as the celebrity adviser behind showman Jeff Beacher's wacky new show at the Roosevelt Hotel, after the Scream actor stepped down to focus on his sobriety battle.
And Osbourne has made quite the impression on Beacher - he's handed her creative control of the production, according to the New York Post's Page Six column.
The 26 year old will work alongside Arquette, who recently rejoined the Madhouse as show co-host.