Kelly Osbourne: Sharon locked me up so I'd quit drugs

Sharon Osbourne once confined her daughter Kelly Osbourne to a padded cell in the hopes of curing her drug addition. 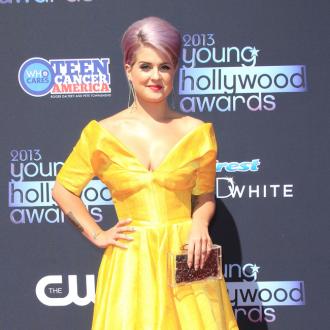 Kelly Osbourne's mother once put her in a padded cell to cure her drug habit.

The 28-year-old star is grateful for Sharon Osbourne's determination to help her get clean as an unruly teenager, claiming the 'X Factor' UK judge even had her locked up in a bid to curb her wild child ways.

She told Britain's Cosmopolitan magazine: ''I've been to rehab seven times and to two mental institutions. My mum even had me put in a padded cell once to scare me, but like a brat I just sat it out until she said, 'Well, that's not going to work'.''

The 'Fashion Police' star admitted she tried to clean up her act aged 18 when Sharon was diagnosed with cancer, and put her career on hold to return the favour and look after her mother.

Kelly said: ''When I was 18, I was set to play Lindsay Lohan's best friend in 'Freaky Friday'. Then my mum got diagnosed with cancer. I was faced with the choice of a career or spending what could have been the last days of my mother's life with her.

However, it took a few more years before the style-savvy star - who is engaged to chef Matthew Mosshart - stopped dabbling in drugs, and she says realising people were distancing themselves from her made her rethink her lifestyle.

Kelly explained: ''I was never one of those people who was like, ''Let's party; let's go and do loads of coke''. In fact, I would never even tell anyone I had drugs because I wanted them all to myself. I was quite selfish.

''What changed for me was looking around and seeing that nobody liked me or wanted to work with me.''

Kelly's father Ozzy and brother Jack have also struggled with substance addiction in the past, with the Black Sabbath rocker memorably checking into rehab the day after Kelly was born.