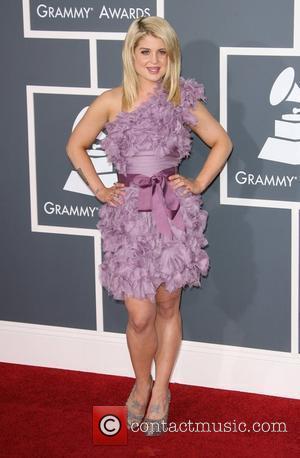 Kelly Osbourne has taken aim at Perez Hilton after the blogger blasted her for boozing on a night out.
The daughter of rocker Ozzy was spotted drinking beer and shots of liquor at The Bronson Bar in Los Angeles over the weekend (25-27Feb11).
Hilton published photos of Osbourne's night out, alongside a story stating: "Oh girl, what are you doing?? Didn't you just go to rehab not that long ago? Again! Since you, like Lindsay Lohan, have an addictive personality, we'd advise BOTH of you to abstain from all substances - pills, alcohol, weed, heavy drugs, etc."
The reality TV star took offence at the article, and used her Twitter.com page to explain her actions to the blogger.
In a series of public messages sent to Hilton, she writes, "I'm a 26 year old adult women (sic) a corona and a shot hardly constitutes rehab. I was out having fun with my friends!
"I am fully allowed to have the odd drink with my friends... good lord crime of the century!"
But Osbourne soon got over the comments, later adding: "Thank you for caring though you know I love you I will call you later."
Osbourne has previously fought painkiller addiction but successfully conquered her demons in 2009 following several stints in rehab.