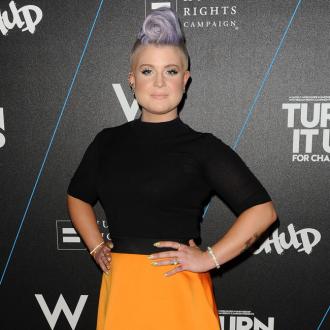 Kelly Osbourne has ignited a racism row by suggesting no-one would clean toilets if the Latino community didn't.

The 30-year-old TV personality made the controversial comments during an episode of 'The View' on Tuesday (04.08.15), prompting stunned silence in the studio and outrage within the Latino community.

In a discussion about controversial Republican presidential hopeful Donald Trump's poll numbers among the demographic, Kelly asked: ''If you kick every Latino out of this country, then who is going to be cleaning your toilet Donald Trump?''

Kelly's on-screen co-host Rosie Perez was visibly shocked by her comments and remarked: ''Oh, that's not... oh, no!''

And another of the show's hosts, actress Raven-Symone, told Kelly: ''There's more jobs than that he can use them for.''

Kelly subsequently tried to clarify her initial statement, but was interrupted by Rosie - a proud member of the Latino community - who stressed: ''Latinos are not the only people doing that.''

Realising how her comments may be viewed, Kelly again tried to clarify what she meant.

And after the show, Kelly took to her Facebook page to explain her viewpoint, but denied accusations of racism.

''I don't want to bulls**t anyone with lame excuses. Although, I was stopped mid-sentence by Rosie and couldn't finish my point I will not let Rosie take responsibility for my words. I should have known better as I was on The View and it was live.

''I've learned a very valuable lesson. It is my hope that this situation will open up a conversation about immigration and the Latin community as a whole. By the way I clean my own f***ing toilets. (sic)''