Kelly Osbourne has sprained her jaw following an accidental headbutt from her pet bulldog William. 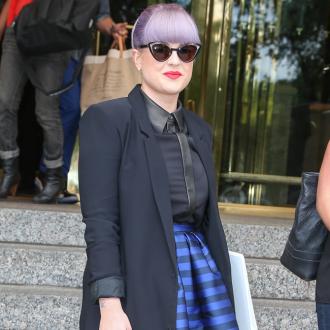 Kelly Osbourne has sprained her jaw.

The 'Fashion Police' host was left in agony after her pet bulldog William accidentally headbutted her in the face, and after suffering severe pain, she appears to have sought medical advice and it seems the problem is worse than she initially thought.

And the 28-year-old star - who is engaged to chef Matthew Mosshart - was left angered by some lewd responses to her pained tweet, insinuating she could have got the injury in another way.

She added: ''WTF is wrong with you dirty minded people! #GetYourMindsOutOfTheGutter

''I have may a foul mouth but I have never been one to talk about sexual vulgarity! (sic)''

Kelly revealed yesterday (08.10.13) she was in more pain than she had ever experienced following the butt from her playful mutt.

She wrote: ''I have been punched in the face by men but nothing has hurt more than being head butted in the jaw by my bulldog William! my teeth even hurt ... Why do my ears hurt so much considering it was my jaw that got hit?''

Kelly adopted grey and white William in April and instantly fell in love with him. She also has two other dogs, Sid and Story.