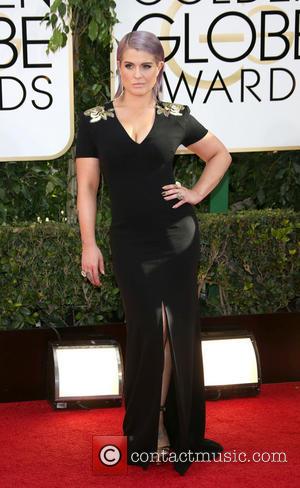 Kelly Osbourne has sparked a new war of words with a British reality Tv star-turned magazine columnist after she attacked her mum's looks.

Katie Hopkins, a former contestant on Britain's The Apprentice, took aim at Sharon Osbourne's cosmetically enhanced features when she suggested the Tv talent show judge would need to"bulk buy plastic" if she wanted to maintain her look.

The remark upset her daughter, who took to Twitter.com to attack Hopkins, calling her "a hypocritical vile human that is addicted 2 (sic) attention," and adding, "Don't you ever talk about my mother again!"

The Twitter feud went into overdrive when Hopkins fired back, suggesting Osbourne was only successful because she's the daughter of famous parents, and it turned downright nasty when Osbourne wrote, "I know that what I am about to say is unbecoming of a lady & Im (sic) sorry to say this but I can't lie you are a massive C**T."

The columnist replied, "No problem Kel. No one ever mistook you for a lady sweetie pie."

Osbourne took further offence to Hopkins' remarks, adding, "You can shove your sweetie pie up your a** you insignificant t**t! Karma will get you! bloody hell you are so such a sad a**.

"actually made my night that @KTHopkins considerers (sic) herself a lady when I think of her a desperate sad old bitter child is what comes to mind."

She then posted a paparazzi photo that featured an alleged Hopkins in a clinch with a former colleague in a field and added, "i think this picture says it all!"