Kelly Osbourne has kidnapped her father Ozzy Osbourne's ''beautiful'' dog Charlie to cheer herself up. 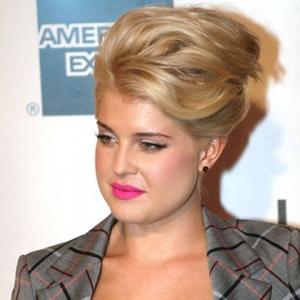 Kelly Osbourne has kidnapped her father Ozzy Osbourne's dog to cheer herself up.

The 'Fashion Police' star was left "heartbroken" recently after her five-month-old puppy Noodles had to be put down when it was discovered she had an incurable brain condition, so she has taken her father's pooch Charlie for comfort.

She said: "I've kidnapped my dad's dog, Charlie, this week to cheer myself up! He's so beautiful. He's a rescue dog - half York and half we-don't-know-what - and has loads of energy."

Although Kelly's mother Sharon's dogs don't like Charlie, her own Pomeranian Sid adores the newest mutt.

Writing in her Closer magazine column, Kelly - who has been left devastated by the recent death of her close friend Amy Winehouse - said: "Mum's dogs don't get on with him, but my dog Sid loves him - he doesn't get jealous as he knows nothing would come between us!

"I even sent dad a ransom text saying he'd never see his dog again, but he just responded with 'F**k off!' Haha!"

Last year, Kelly's brother Jack bought her a guard dog, a Doberman she named Blue, to protect her when she moved in to a new apartment in Los Angeles on her own.