Kelly Osbourne's New Disney Show The 7d Will Be A Family Affair As Her Parents Ozzy And Sharon Will Voice Her Character's Onscreen Father And Mother. 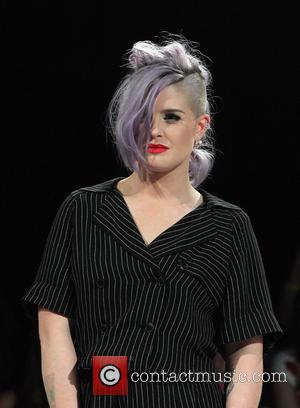 In the modern take on the Snow White & the Seven Dwarfs fairytale, Kelly will play novice witch Hildy Gloom, and she took to Twitter.com on Thursday (03Aug15) to reveal her folks have also landed animated roles.

She wrote, "I'm so excited to announce that my Mum and Dad are joining me on #The7D @disneyxd playing the roles of #Hildys Parents!"

Osbourne also posted a photo of herself with her mum and dad in the studio. Sharon and Ozzy were holding up a drawing of their characters.

This is not the first animated project for Sharon Osbourne - she voiced the role of Mama Hook on Disney Channel's Jake and the Neverland Pirates.

Kelly's news came just hours after her dad and his Black Sabbath bandmates announced details of their final tour, The End, which will begin in Nebraska in January (16).