Kelly Osbourne has admitted she thought close pal Miley Cyrus was a ''perfect Disney b***h'' before they got to know each other. 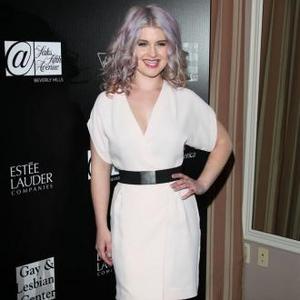 The pair star together in forthcoming movie 'So Undercover' and the 'Fashion Police' host was delighted to find her first impressions of the former Hannah Montana' actress were very wrong.

She told Closer magazine: ''When I first met Miley I thought, 'You're too f***ing perfect, you Disney b***h.

''But I love her - she's got a level head on her shoulders - unlike so many silly LA girls.''

Kelly - the daughter of Ozzy and Sharon Osbourne - has previously admitted she and Miley bonded because of their famous parents.

Speaking about Miley - whose father is 'Achy Breaky Heart' singer Billy Ray Cyrus - Kelly said: ''I didn't know her well before. We had only met once or twice but as soon as we started shooting it was pretty instant how we got along so well.

''She just gets it. She has a really similar upbringing to me - though her side of things is on a completely different scale to mine.

''I'm from rock 'n' roll music and hers is country but she gets it.