Kelly Osbourne wants to ''do music'' again and doesn't think her previous pop efforts were given the recognition they deserved. 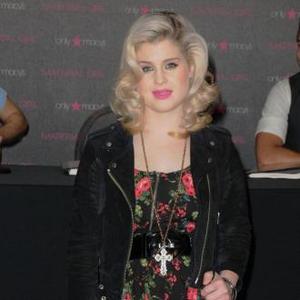 The 'Fashion Police' host - who has previously released two albums, 'Shut Up' in 2002 and 'Sleeping in the Nothing' in 2005 - didn't enjoy much success with her earlier chart efforts but thinks her songs were not given the praise they deserved.

Alongside a link to the video for her 2005 single 'One Word', she tweeted: ''Not seen this in a long time but it makes me realize i want 2 do music again this did not get the credit it desereved (sic)!''

Kelly has previously claimed her pop career has suffered because she has famous parents.

She has said: ''I'd love to do another album - music is my whole family's passion. It's a lot of work and I get disappointed though.

''It's harder for me because people always think, 'Oh, she's Ozzy Osbourne's daughter - everything just gets handed to her.' To get the respect of one person I've got to work twice as hard.

''I'm really proud of my second album, I still think it's great. People didn't give it a chance. If it was released by someone else I think people would have loved it.''