Kelly Rowland has confessed she was jealous of her former Destiny's Child bandmate Beyonce in an explosive new song, in which she also reveals she suffered in an abusive relationship. 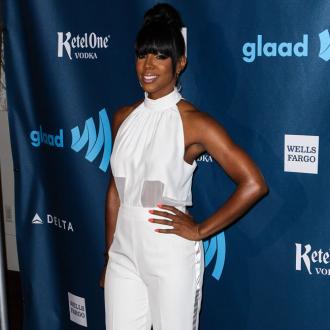 Kelly Rowland has admitted to being jealous of Beyonce's success in a new song.

The singer has released a new confessional ballad titled 'Dirty Laundry', in which she reveals her envy of her former Destiny's Child bandmate's solo success and also sings about a past abusive relationship.

''Went our separate ways but I was happy she was killin' it. Bittersweet she was up, I was down. No lie, I feel good for her but what do I do now?''

Childhood pals Beyonce, 31, and Kelly, 32, formed their chart-topping girl group in 1992 as young girls and would go on to become worldwide stars together as the band found fame with hits such as 'Say My Name' and 'Bootylicious'.

However, when Beyonce's solo career began to blossom in 2003, the group disbanded following a final studio album in 2004. The 'Love on Top' singer has gone on to become one the most successful artists in the world, but Kelly and bandmate Michelle Williams haven't enjoyed the same individual success as their close friend.

As well as confessing her envy of her famous pal, Kelly also reveals her emotional torment at the hands of an abusive lover - who tried to break her down by insisting Beyonce didn't truly care about her.

She sings: ''I was battered, he hitting the window like it was me, until it shattered. He pulled me out and said, 'Don't nobody love you but me, not your mama, not your daddy, and especially not Bey.''

Kelly recently revealed the biographical song was ''emotional'' to record and she had to stop herself from crying.

She said: ''It was very emotional. It took me days to record. I had to get past being so upset and actually sing the song, not sob through it.''