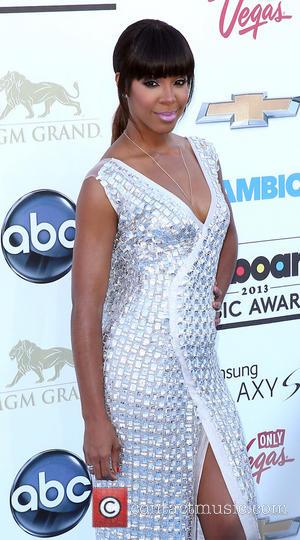 Kelly Rowland debuted her latest song 'Dirty Laundry' online earlier this month and immediately it began to cause a storm thanks to it's stark and revealing lyrics and back-to-basics R&B style used by Rowland in favour of her dance-orientated singles of late. During a concert at The Fillmore Silver Springs in Washington D.C. last night the song's subject clearly got too much for the singer, as she began crying during a heartfelt rendition of the new single halfway through her set.

Rowland is currently taking her 'Lights Out Tour' across America and her first stop off came last night at the D.C. show. The singer had performed a few track already and began her rendition of the The-Dream collaboration before being forced to stop after singing the line "He turned me against my sister, I missed ya," after which the singer sat in a hunched position with her face away from the audience at the center of the stage. It looked as though she might not be able to carry on but the determined singer wiped her eyes and continued the rest of the song, remaining professional throughout the rest of the show.

For those of you who haven't heard the track, it is an emotion-filled effort in which she admits her jealousy towards Destiny's Child bandmate Beyoncé Knowles, as well as revealing that while Beyoncé's success was exploding she was also involved in an abusive relationship. The song was uploaded to her SoundCloud earlier this month and is taken from her forthcoming album Talk A Good Game. Despite the song's bleak subject matter, things have definitely improved for Rowland recently, so maybe she was crying over how much her life has turned around since those dark times. Rowland was recently unveiled as the new judge on Simon Cowell's The X Factor, with the singer taking up a stool alongside fellow newcomer Paulina Rubio in the next season. Talk A Good Game is due to be release June 18. Rowland's life has turned around drastically since the 'Dirty Laundry' days