Kelly Rowland is too busy for honeymoon

Kelly Rowland and her new husband Tim Witherspoon are too busy to go on honeymoon and are already back to work after getting married on Friday (09.05.14). 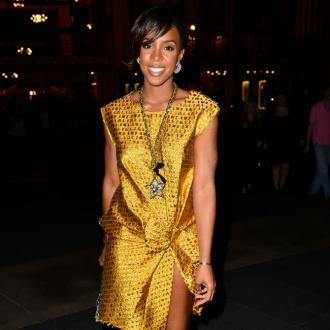 Kelly Rowland and Tim Witherspoon are too busy to go on honeymoon.

The former Destiny's Child star and her manager tied the knot in an intimate ceremony in Costa Rica last Friday (09.05.14), but are already back to work.

A source told PEOPLE.com: ''Kelly was really happy, Tim was happy, and it was a great break for everybody from the normal grind, but now they're all going back to work.''

The 33-year-old singer and her new husband invited just 30 guests, including her former bandmates Beyoncé Knowles and Michelle Williams, to their island ceremony, which took place in two private residences.

The insider also said the couple kept their wedding simple and didn't have bridesmaids or groomsmen.

Beyoncé's mother, Tina Knowles, as well as her sister, Solange Knowles and her boyfriend Alan Ferguson were also present, but the 'Drunk in Love' hitmaker's husband Jay Z, who was attacked by Solange at a Met Gala afterparty in New York City on May 5, was not present, as he stayed home with their two year-old daughter, Blue Ivy.

Kelly previously insisted she wanted her nuptials to be a low-key affair.

She said: ''I think we really just want it to be us and our pastor. That's it. I mean, we are the only two that [are] going to be in the marriage.''

The 'Kisses Down Low' singer was previously engaged to footballer Roy Williams, but they split in January 2005 without making it down the aisle.