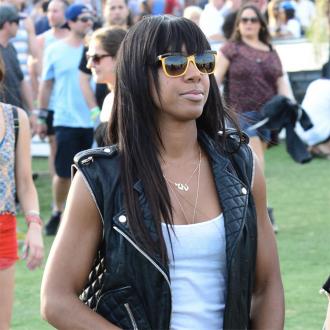 Kelly Rowland is being lined up to replace Britney Spears on 'The X Factor' USA.

The 32-year-old singer is reportedly ''most definitely in the mix'' to join Simon Cowell and Demi Lovato at auditions for the third season of the FOX reality series in June, despite being replaced on the UK version of the show by Nicole Scherzinger after just one season in 2011.

A source told the MailOnline.com: ''Kelly knows the 'X Factor', she's aware of what it takes to be a judge and she's also outspoken.

''Simon has always remained a fan of Kelly's and she's most definitely in the mix to join the judging panel on 'X Factor' USA.''

Simon is also trying to lure a second new high profile judge to replace music producer L.A. Reid on the panel after being disappointed by the chemistry on the show last year.

The source said: ''The reality is that toward the end of last season the main players knew they wanted to replace both Britney and L.A. Reid. L.A. Reid wasn't at the top of his game in second season and he knew that.''

Kelly has been working on her new album 'Talk a Good Game' recently and plans to release the record, which features duets with both of her former Destiny's Child bandmates Beyonce and Michelle Williams, on June 4.

The new judging panel is set to be announced in New York next month.

It is rumoured that Khloe Kardashian, who made her debut as a co-host alongside Mario Lopez last season, is also set to be replaced despite recently expressing her hopes that her contract will be renewed.