Kelly Rowland: My wedding was perfect 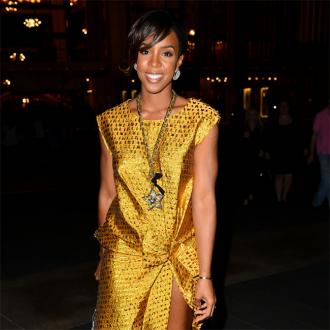 The former Destiny's Child singer, who is pregnant with her first child, married her manager and partner Tim Witherspoon last month in an intimate ceremony in Costa Rica and insists she couldn't have had a better big day.

Asked what her wedding was like, she told Us Weekly: ''Perfect. That's [all I'll say]. Perfect. Perfect day.''

The singer broke the news she is expecting on Instagram yesterday (10.06.14), by posting a photograph of a pair of baby Jordan sneakers next to her husband's adult pair, with the caption: ''I'll be stuntin like my daddy... (sic).''

Kelly, 33, first sparked rumours she is expecting when she and her husband were spotted shopping at upmarket baby store Bel Bambini in West Hollywood last month.

An eyewitness said: ''[They] checked out the furniture and strollers on the second floor and walked around downstairs.''

The star also further fuelled speculation when she performed at the Rhythm on the River festival in Oklahoma last Saturday (07.06.14) in an uncharacteristically baggy outfit.

Meanwhile, the singer has also been busy recording new music for Pepsi's 'Beats of the Beautiful Game', in celebration of the World Cup, which kicks off in Brazil this month.

Kelly said: ''I'm very excited. I think the whole project is a really, really cool idea in marrying ... music and visual and art all together.''

The singer features on the album with Janella Monae, Rita Ora, Timbaland and more.