Kelly Rowland May Have Confirmed First Pregnancy With Adorable Photo

The 33 year-old singer may have revealed that she is expecting her first child by sharing a photograph of a pair of adult sneakers next to an infant pair. 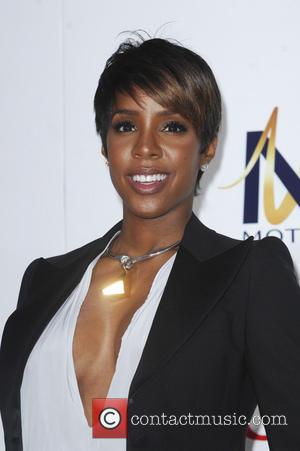 Has Kelly Rowland confirmed that she is going to be a mother?

The former Destiny's Child singer has been the centre of pregnancy speculation for quite some time now, and after sharing a recent photograph on Instragam, it looks like she is finally with child.

The 33 year-old star posted a snap of a pair of huge sneakers next to a baby-sized pair, and wrote, "I'll be stuntin like my daddy....."

Could the fact that the shoes are Air Jordan's also reveal the unborn baby is a boy?

According to E!News, a source told the celebrity website that Rowland and her husband, Tim Weatherspoon, are expecting their first child, but their rep has still not addressed the matter.

This exciting news comes only a month after the former X-Factor judge tied the knot with Weatherspoon, who is her manager, in a very private ceremony in Costa Rica. This is the first marriage for Rowland, who was previously engaged to the football star Roy Williams before splitting in 2005.

Her former band mates, Beyoncé and Michelle, Williams attended the ceremony, but this wasn't the only time the trio have reunited as of late.

Rowland has been very busy recently, as well as getting married and announcing her pregnancy, she hit the studio with her fellow 'Survivor' singers to record 'Say Yes', a song for Michelle's fourth studio album.

This may have given Rowland the opportunity to pick her future baby's godmother, but after Williams stated that the trio share a "spiritual bond," maybe she will pick both of them.

''We're honoured to be there for each other in our happy moments. I've never really had genuine female relationships until I met them. I don't care what anyone says, we miss each other," Williams recently said. ''We have that spiritual bond with each other where we know when you're really tired, you need your sister with you today, or you just need a phone call to let them know you're thinking about them. I call them my soulmates."

It looks like it could be too close to call. Rowland may have confirmed that she is pregnant