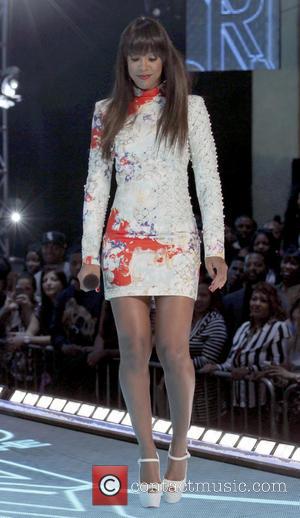 R&B star Kelly Rowland has recruited her former Destiny's Child bandmates BEYONCE and Michelle Williams for a track on her upcoming solo album.

Beyonce reunited the Independent Women hitmakers for an appearance during her show-stopping Super Bowl performance in February (13), and now Rowland reveals she has recorded a new soulful tune with her old pals for her forthcoming project, Talk A Good Game.

She tells Billboard.com, "It's not a Destiny's Child track, it's me featuring Beyonce and Michelle."

The as-yet-untitled song also features production by, and additional vocals from, Pharrell Williams and a guest verse from rapper Wiz Khalifa and it is one of 12 cuts which made the grade for her album tracklisting - but she insists it was a tough job narrowing down her favourites.

She says, "I think I recorded around 70-something songs for this album. I had to narrow it down to 12 - you know hard that is? Especially when you're in love, like your heart pumps for 35 of them... You just get so passionate and excited about these songs, you lived with them, you birthed them along with the producers... You become so attached."