Kelly Rowland is grieving the death of her mother, Doris Rowland Garrison, who passed away on Tuesday (02.12.14) after going into cardiac arrest. 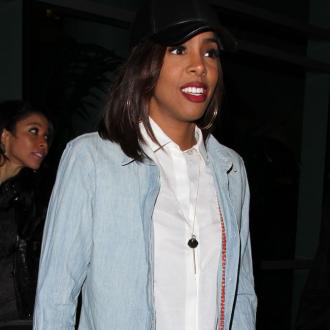 Kelly Rowland is grieving the death of her mother.

The 33-year-old singer, who gave birth to her first child, Titan, with husband Tim Witherspoon on November 4, has confirmed Doris Rowland Garrison, 66, passed away on Tuesday (02.12.14), one day after going into cardiac arrest.

In a statement to E! News, the former Destiny's Child star said: ''It is with deep sadness that I announce the passing of my mother, Doris Rowland Garrison. She was an incredible soul who made countless sacrifices so that I could become the woman--and now mother--I am today. We humbly appreciate all the love and support and only ask for privacy during this difficult time.''

The 'Motivation' hitmaker praised Doris for enabling her to ''dream so big'' in a public letter she penned for Mother's Day in 2008.

She wrote at the time: ''Momma, I remember when you'd clap your hands and listen as I sang along every week to the theme song for the show 'Amen'. You'd look at me like I was the sun and the moon and say, 'Sing up, baby...a little louder.' It meant so much that you believed in me.

''It was because of your strength and sacrifice that I was able to dream so big. ''

Kelly first announced she and Tim were expecting their first child in June, just one month after they tied the knot in a low-key ceremony in Costa Rica.