Kelly Rowland thrilled to be reunited with 'sisters'

Kelly Rowland loved being reunited with her ''sisters'' during Destiny's Child's halftime Super Bowl performance last weekend as it felt so good to be back with Beyonce and Michelle Williams. 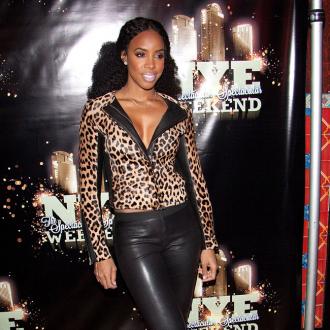 The singer joined bandmates Beyonce and Michelle Williams on the stage at the NFL showpiece last weekend and she was thrilled to be back with the girls as it was such a ''incredible'' moment.

She said: ''Oh my gosh - it was so incredible. The most beautiful part was when I looked on stage and I saw my sisters again - my heart just dropped. I loved every moment.''

Before Kelly and Michelle took to the stage, Beyonce sang some of her solo hits and Kelly says they were so proud to see her put on such a great show.

She told 'Access Hollywood': ''Let me tell you, she killed, killed 'Halo!' I'm just so proud of her and proud of Michelle and proud of us as a whole, as individuals. I'm so excited.''

She also revealed how the girls were initially unaware the Super Bowl was affected by a 13-minute power cut and had to be informed.

She said: ''We did not know [about the power loss] until we got downstairs. Everybody started saying, 'Lights out.' I'm like, 'Lights out? What's that mean?' They said, 'The lights are out. Like - the power is actually out.' We had no idea! So, that's really cool that that's a part of Super Bowl history now.''