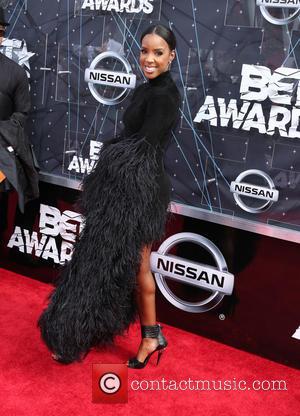 Howard, 46, plays embattled rap mogul Lucious Lyon in the TV series, and now creator Lee Daniels has cast new mum Rowland, 34, to appear in scenes from Lyon's past for the forthcoming second season, according to Eonline.com.

She joins the likes of Chris Rock, Alicia Keys and Lenny Kravitz, who have all landed guest appearances in future episodes of Empire, while Marisa Tomei was also recently added to the line-up as a lesbian billionaire.

The former Destiny's Child singer is no stranger to the screen - she has previously featured in U.S. TV series The Hughleys and Girlfriends, while she made her movie debut in 2003 horror film Freddy vs. Jason.